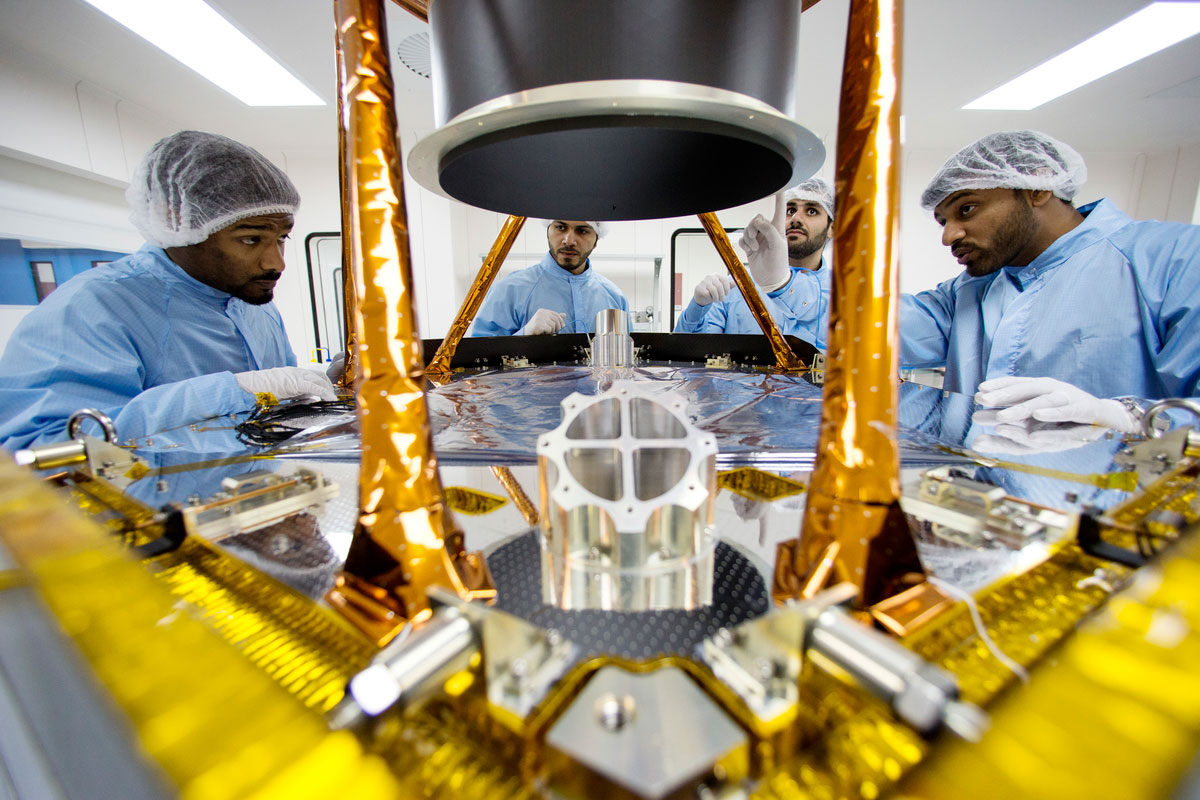 The UAE is aiming for Mars, with a programme to catalyse high-tech innovation, inspire youth, and diversify the nation’s economy.

The UAE wants to become a global space leader. Within three years, the small and wealthy gulf state intends to get an unmanned probe to Mars in 2021 and establish the first human settlement on the red planet by 2117.

Since the creation of the UAE Space Agency (UAESA) in 2014, the Emirati government has sought to establish the space sector as a key economic industry, with over Dh20 billion ($5.4 billion) in space-related investments.

The UAE is among the top nine countries worldwide for space science investments in a global industry valued at $300 billion and growing eight per cent annually.

To support the ambition, the UAESA is collaborating with eight Emirati universities to develop and implement space education programmes and space research centres, though currently only Khalifa University (KU) offers programmes in aerospace and astronautical engineering.

Ahmad Younes, assistant professor of aerospace engineering at KU, says this makes KU central to providing the human capital the UAE needs to achieve its space-related projects. “Building applied research in these areas will help KU in bridging to the local aerospace industry,” he says.

The Hope probe is due to take off from Japan’s space centre during a narrow launch window in July 2020, when the orbits of Earth and Mars are in their closest alignment in a biennial event. Following a seven-month, 60-million-km journey from Earth—the first by an Arab, Islamic country—Hope is expected to arrive at Mars in early 2021, coinciding with the 50th anniversary of the UAE’s founding.

Very little is known about the atmosphere and climate on the red planet, which the EMM says it wants to explore with its holistic study. Science operations, planned for mid-2021, will last two years, with potential for two further years of extended science operations.

What makes Hope unique is that it will explore Mars along a lower inclination orbit, allowing it to scan the surface and the atmosphere from various latitudes at different points in time, producing the first truly global picture of the Martian atmosphere and how it changes daily and between seasons.

Hope will study the interactions between the lower and upper layers of Mars’ atmosphere, searching for connections between today’s weather and the ancient climate of Mars, and examining why the red planet is losing its atmosphere to space through tracking the behaviour and escape of hydrogen and oxygen.

Hope is being entirely designed and built by a completely Emirati team, currently 75-strong and expected to reach 150 by 2020. Women presently make up a third of the team, a proportion the MBRSC hopes to increase to half by take-off.

Partners from the University of Colorado’s Laboratory for Atmospheric and Space Physics, the University of California Berkley Space Sciences Lab, and Arizona State University’s School of Earth and Space Exploration are helping the EMM team with designing spacecraft, software development, and equipment requirements.

Sarah Al Amiri, science leader at the MBRSC and minister of state for advanced sciences, says the EMM is operating under a strict budget. The total figure, however, will be disclosed once the project has been completed.

Hope promises to send 1000 gigabytes of unique data about Mars back to Earth that will be shared freely with the scientific community across 200 universities and institutes worldwide as a contribution from the region to further the generation of knowledge, says Amiri.

In February 2017, the UAE government had announced its most ambitious space project yet: establishing the first human settlement on Mars within the next 100 years. But so far, fewer details have been released on the Mars 2117 project, though the government has stated the first phase will focus on developing the researchers that will be needed to make the breakthroughs necessary to put humans on Mars.

In parallel, the MBRSC has been tasked with developing a five-year plan covering the technological, logistical and technical aspects of the project.

To prepare for Mars 2117, the UAE government recently unveiled a plan to build a Dh500 million ($136 million) Mars Scientific City in the Emirati desert to simulate life on Mars as realistically as possible.

Inside the simulation hub, a research team will live for a year to study how humans can live in the hostile climate of Mars. Laboratories will be built to simulate the planet’s environment by emitting heat and radiation insulation, helping the scientists gain an understanding of how food, water, and energy systems will be managed on Mars.

Lofty space ambitions: Are they plausible?

While any Mars mission is a challenge unto itself due to the nature of space exploration, the 2020 launch timetable was purposeful, says Amiri.

“Our approach incorporated [proven] instruments and subsystems with heritage, coupled with innovations stemming from new design approaches for other subsystems,” she says. “This has allowed us to reduce development time while achieving our goal of a building a scientific mission that does not duplicate other missions and complements data currently coming in from Mars, hence providing the highest value for scientists who are studying the planet.”

KU’s Younes, who is not affiliated with the EMM, says it is plausible for the UAE to accomplish the projects in the timeframe. “As long as the technical and financial resources are available, the dream becomes simply a strong plan.”

However, Abdul-Halim Jallad, assistant professor of computer engineering at the American University of Ras al Khaimah, also not involved with the EMM, is more sceptical. He says that the non-technical challenges are more difficult to overcome.

“Maintaining the steady financial support required for these projects and the space sector in general, building the required ecosystem for executing such large-scale, long-term projects—particularly the private space sector in the UAE—and qualifying and training the required national workforce necessary to execute the UAESA’s national space programme are key challenges to the success of the UAE’s space ambitions,” says Jallad.

Hope for youth and the region

Some scientists say the UAE’s investments in the space sector will have “spillover benefits” for the nation and its economy, and will contribute to the country’s goal of economic diversification.

“These kinds of projects will not only push the levels of human innovation and knowledge beyond the current limits, but they also promise to significantly leverage the scientific and technical capabilities in the UAE, and possibly the region,” says Amiri.

She adds that the UAE’s investments in space sciences and exploration go far beyond the missions themselves and will have lasting impacts in the UAE and broader region, and for future generations.

“The average age of the team members of the EMM is 27,” she explains. “It is a message of trust in the capabilities of youth to drive positive change in the region. This is a scientific mission meant to create opportunity for scientists in the UAE and inspire students to contribute to the development of various fields utilizing science and technology as their tools.”

This was first published by Nature Middle East

END_OF_DOCUMENT_TOKEN_TO_BE_REPLACED 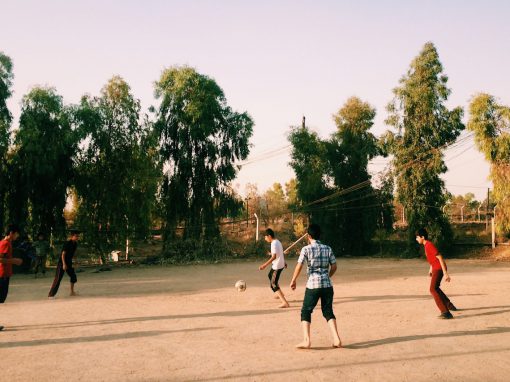