In the wake of the coronavirus, are we ready to redefine ‘security’? | Equal Times

COVID-19 has brought light to the connections between the environment, health, livelihoods, economies, food systems, personal safety, communities and political stability – and how a shock to one can send ripples throughout the rest.

Last autumn, a report compiled at the request of UN Secretary-General António Guterres raised the alarm on the “very real threat of a rapidly moving, highly lethal pandemic”. The message was not new. For decades, experts warned it was not a question of ‘if’ but ‘when’ the next major pandemic would emerge.

These warnings were ignored at our peril. In mere months, COVID-19 has caused hundreds of thousands of deaths, unprecedented global economic damage, heightened inequalities, increased food insecurity, triggered a surge in gender-based violence, provided a cover for environmental rollbacks and is likely to see a significant reshaping of the international order.

The dysfunction and chaos wrought by COVID-19 has stirred many debates, the notion of security being one. Like pandemic disease, several of today’s most pressing security challenges are non-military in nature: the climate emergency; extreme poverty; far-right extremism; inadequate healthcare and social protection; repressive governance; biodiversity loss.

Although many states recognise that these threats are increasing, there has been a lag in the implementation of policies to address them. In 2012, the then UN Secretary-General Ban Ki-moon described the world as “over-armed” and “peace under-funded”. Today, military spending is at its highest level since the end of the Cold War – US$1917 billion. Yet against these non-military challenges to international security, weapons cannot protect us. In the devastation of COVID-19 lies a lesson and a warning that security can only be achieved by addressing the root causes of what makes us insecure.

“I think people should be angry right now. Tremendous resources are channelled into the production and procurement of weapons in the name of security, and we’ve been blindsided by a virus that has swept around the world,” says Jessica West, a senior researcher at Project Ploughshares, a Canadian peace research institute.

In 2019, total global military expenditure – all government spending on current military forces and activities, including arms and equipment – rose to US$1.9 trillion, the highest level since 1988, according to new data from the Stockholm International Peace Research Institute. Just five countries – the US, China, India, Russia and Saudi Arabia – account for over 60 per cent of that spending. In addition, spending on nuclear weapons also reached record levels in 2019: US$73 billion amongst the nine nuclear-armed states, half by the US.

In comparison, global development spending in 2019 amounted to just US$153 billion, while the World Health Organization’s 2018-2019 budget was US$5.6 billion.

“We are a world equipped to fight wars, not pandemics,” says Ray Acheson, director of Reaching Critical Will, the disarmament programme of the Women’s International League for Peace & Freedom (WILPF).

“Militarism rests on the idea that the willingness and capacity to use force and violence are the way to ensure power and domination,” says Acheson. In turn, this leads to the practice of militarism – massive investments in weapons, militaries and war – which is inherently linked to capitalism by providing governments and other armed actors with the justification for military expenditure.

Undoing the political and economic structures that uphold militarism will be extremely challenging given the ideological and financial power wielded by the military-industrial complex, which stands as the greatest impediment to peace because of its vested interest in increasing military expenditures.

Criticism of military spending can be brushed off as idealistic, however there is little to suggest that militarism has made the world safer, while there is plenty of evidence to show that excessive arms accumulation stunts development, upholds and perpetuates structural inequalities, feeds into vicious cycles of societal instability and fuels armed conflict and violence.

And yet, as UN under-secretary-general and high representative for disarmament affairs Izumi Nakamitsu noted, “the logic of militarism too often goes unquestioned”.

COVID-19 has brought light to the connections between the environment, health, livelihoods, economies, food systems, personal safety, communities and political stability – and how a shock to one can send ripples throughout the rest.

“It’s not just a health crisis, it’s an economic crisis, a food crisis, for some it’s a domestic violence crisis. It’s astounding how it shows the connections between all these different senses of security: security in your home, community, country and internationally,” says West.

She contends that the pandemic has raised awareness of threats that are truly global, pushing us to think about redefining security. Previous attempts to expand on what security means and change the focus of what we try to protect away from the state and towards people were dislodged by the 11 September attacks and the shift towards counterterrorism.

“At a more abstract level, security is about protecting the things we value most. Traditionally this has focused on the survival of the state but the pandemic lays bare the shallowness of military-centric notions of security,” says West, “Increasingly, our gravest threats are collective, and simply not amenable to military solutions. Pandemic disease is one example. The harm inflicted by global climate change is another.”

In emergencies, the inequity of who and how these issues strike is on even starker display. For billions of people worldwide, COVID-19 is just the latest crisis to magnify structural inequalities and existing insecurities; those who have the least resources and power to protect themselves will suffer the most.

“COVID-19 is highlighting how inequalities between and among countries, between the rich and poor, increase vulnerability to infection,” says Helen Kezie-Nwoha, executive director of the Women’s International Peace Centre, a Uganda-based feminist organisation.

With health specifically, the lack of adequate investment has led to weak healthcare systems, says Kezie-Nwoha. “Although this is true globally, there are fears that countries in the Global South will not be able to handle the pandemic. This fear is genuine.” Lack of access is problematic, too, which Kezie-Nwoha points out is also applicable to marginalised populations in so-called developed countries, for whom “the death rate statistics are heartbreaking.”

In the world’s wealthiest nations, long-standing social and economic disparities, systemic racism and discriminatory policies have resulted in racialised communities being killed and infected by COVID-19 at disproportionately higher rates than white people.

In a post-pandemic world, Kezie-Nwoha envisions the inequalities will be even worse, and that to overcome this a feminist, inclusive, rights-based approach that addresses the root causes of crises is necessary to create genuine security. This, she hopes, will “enable sustainable and equitable rebuilding of society and communities, and ensure that no one is left behind.”

Long before the pandemic, organisations like WILPF called for the reallocation of resources – financial, scientific, technical and human – from military expenditure to funding social and economic rights and environmental protection that would help meet human needs and contribute to peace.

Reallocating resources also could help nations achieve the 2030 Sustainable Development Agenda, which was already underfunded before the pandemic struck, and will be further affected by the repurposing of funds towards COVID-19 responses. When put towards development, a little goes a long way: eliminating extreme poverty and hunger, goals 1 and 2, would amount to 13 per cent of annual military spending, while only five per cent of global military expenditure would more than cover the initial costs of climate change adaptation, goal 13, in developing countries.

On 23 March, Guterres made an appeal for a global ceasefire to allow efforts to focus on addressing COVID-19. For WILPF, a ceasefire is not enough and needs to be followed by longer-term disarmament – the reduction and elimination of weapons – including nuclear weapons, as laid out in the 2017 Nuclear Ban Treaty.

Engaging in disarmament, says Acheson, means building a global sense of cooperation and equity that goes beyond getting rid of weapons – it disarms international relations, too. “Instead of ruling through force, we can construct a world order based on peace, justice and accountability to each other.”

It could be argued that the current state of world leadership, the economic attachment of major powers to the status quo, and the power of the military-industrial complex each poses a major challenge to our collective ability to redefine security, not least because those in power are invested in maintaining the current state of play to sustain their own dominance.

Acheson says it is categorically untrue that this is the way the world must be. Instead she affirms that organising for a common purpose is essential. “All change for social justice and the well-being of people or our planet has come from relentless activism. Connecting the work for disarmament and demilitarisation to actions for more equitable, safer, inclusive and peaceful societies, acting in solidarity with those experiencing and working against oppressions of many kinds, is how we can overcome the seemingly entrenched power of the military-industrial complex.”

This story was first published in Equal Times.

END_OF_DOCUMENT_TOKEN_TO_BE_REPLACED 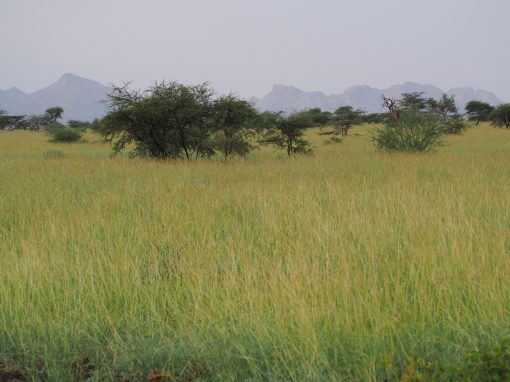 Creating new forests has been heralded as an effective way of tackling the climate crisis. Yet when it comes to