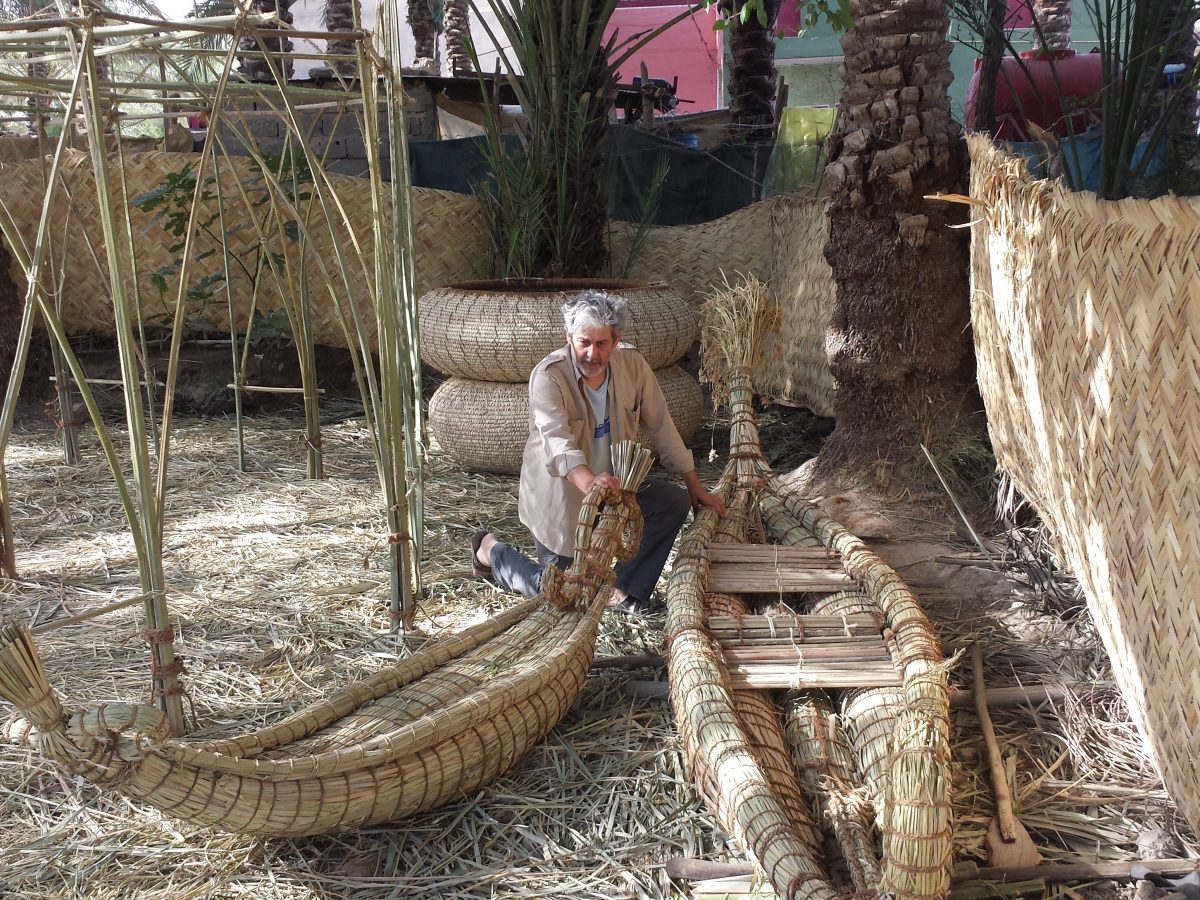 Rashad Salim’s efforts to discover and preserve knowledge of ancient boatbuilding crafts played a key role in the resurgence of interest in Iraq’s maritime heritage. Above, Salim with a pair of shasha reed bundle boats (Photo: © Rashad Salim).

With ancient boatbuilding crafts nearly extinct, scholars and researchers aim to bring knowledge of Iraq’s maritime heritage to a new generation of students.

When he first glided through the Euphrates as a child in his grandfather’s “tarada,” a traditional Mesopotamian boat, Jaafar Jotheri had no way of knowing that nearly four decades later he would wind up working to bring knowledge of Iraq’s maritime heritage to a new generation of university students.

“We are surrounded by maritime heritage,” says Jotheri, an assistant professor in geoarchaeology at the University of Al-Qadisiyah, “so why are we not teaching it? We need our students to learn more about it.”

Traditional boats like the tarada are iconic in Iraq and represent a tradition of maritime craftsmanship that persisted on the Tigris and Euphrates Rivers since earliest recorded history—until successive conflicts over the past four decades ruptured the intergenerational paths of handing down knowledge of these crafts and pushed them to the edge of extinction.

But that is beginning to change through the work of academics like Jotheri, who is co-developing the country’s first maritime heritage curriculum unit, and fieldwork by pioneers like the Iraqi-German expeditionary artist Rashad Salim, who has sought to capture and preserve the knowledge of the dwindling number of craftspeople who still build ancient Iraqi boats.

By safeguarding maritime crafts and traditional ecological knowledge, Salim hopes to revitalize Iraq’s riverine culture and help Iraqis engage with a central part of their past.

Although Salim’s fascination with boats is longstanding, it was in 2013, while participating in the Tigris River Flotilla from southeastern Turkey to the marshes of southern Iraq to raise awareness about the ecological threats facing the Tigris, that his interests and studies collided into their current trajectory.

Travelling down the river, Salim noticed that most boats were made of metal, not traditional materials. Ancient Mesopotamian boats and crafts had survived multiple invasions over many millennia, explains Salim. But the displacement and destruction of recent conflicts disrupted the traditional ways of teaching these crafts, often passed down from father to son.

“Never before had these strata of knowledge, of engagement of [local] material … ever disappeared. This was the very first time,” says Salim.

Salim began tracking down the last few living craftspeople in Iraq who knew how to build traditional boats.

Through boat reconstruction and oral history workshops, he has documented six traditional boats, including the tarada, which was the Marsh Arabs’ war canoe, designed to cut through the reeds with its high curved prow. The others are the guffa, a coil-basket coracle made from grasses, palm and pomegranate stems; the kelek, a raft used to carry goods and people; and the meshouf, the kaiya and the zaima.

“The study of boats [internationally] developed considerably in the 40 years that Iraq has been off the map,” says Salim. “There’s still a vast amount of knowledge to gather. Already people that have been sources for key information have died, so we are in an emergency state of gathering. … It’s the last chance to capture knowledge, and to understand it.”

The maritime heritage curriculum unit that Jotheri is co-developing builds on Salim’s fieldwork. The unit will be embedded in Iraq’s third-year undergraduate heritage course and is set to launch at universities across Iraq in October.

The unit will cover all aspects of maritime heritage, from industry to management to culture, and will be accompanied by a book that Jotheri and four colleagues at the University of Al-Qadisiyah, at Al-Diwaniyah, in south central Iraq, are writing.

Despite being central to Iraq’s past, there is no department of maritime cultural heritage in the country, and the forthcoming unit is a first, says Jotheri. “Little focus has been paid to the maritime heritage,” he adds.

A key reason for this, Jotheri explains, is the turmoil caused by the Iran-Iraq War (1980–1988), the sanctions period that followed the first Gulf War in the 1990s, and the 2003 American-led invasion and the conflict and insecurity that followed. All of these disruptions contributed to a research gap that only recently, beginning with Salim’s fieldwork, started to be filled.

Yet most students’ families have maritime links in one way or another, Jotheri adds. “Maybe young students haven’t personally been involved with this heritage, but when they go back to their father, grandfather or great-grandfather, they realize it’s part of their culture.”

Salim is eager for Iraqis to be able to engage with their riverine culture, and is working on various ways to carry the country’s maritime heritage into the future.

A permanent exhibition at the Basra Museum dedicated to maritime heritage is also being established that will showcase traditional boat models and show videos on how the boats are made. The exhibition will include part of the archive and work of Salim, says museum director Ahmed Al-Mamoori.

Next month, at the 17th Venice Biennale of Architecture, Salim will present his ongoing project Ark Re-imagined as Iraq’s first National Pavilion. Ark Re-imagined challenges European-centric ideas and images of boatbuilding, and envisions a Mesopotamian ark based on local techniques and materials.

Salim hopes the exhibition will spark further cross-cultural conversation, re-imagining and learning. “There’s so much to study and learn in Iraq,” he says. “We want to be able to open up the fields for other investigators, and for other people to engage with the country.”

This story was originally published by Al-Fanar Media.

END_OF_DOCUMENT_TOKEN_TO_BE_REPLACED 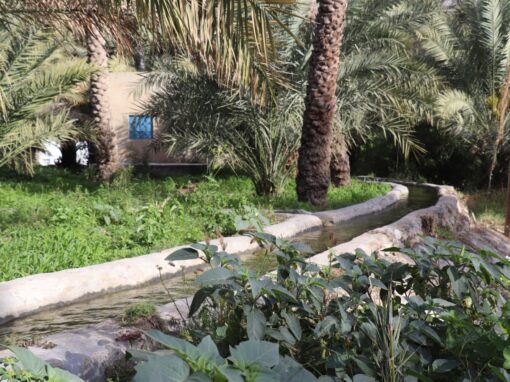