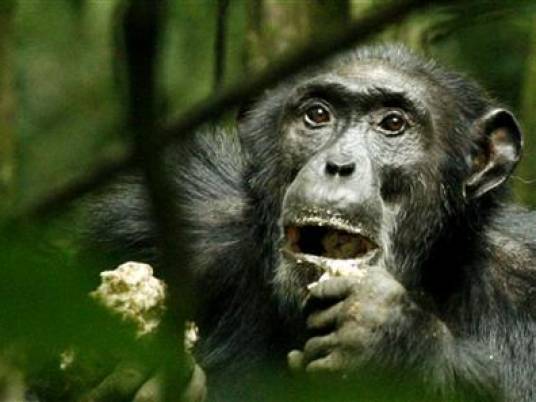 In September, customs authorities at Cairo International Airport seized 17 endangered falcons. The following month, a man was caught smuggling a cobra in his hand luggage on a flight from Cairo to Kuwait, forcing an emergency landing. And most recently, in January, customs authorities confiscated two shipments of ivory at the airport.

These latest confiscations are a smaller piece of a much larger, problematic picture: the increased demand for “exotic” wildlife in Egypt, and around the world, is fueling the illicit trade of wildlife.

In recent years, the world has witnessed a dramatic spike in the illegal trade of wildlife. It is an incredibly lucrative business, worth an estimated US$19 billion, on a scale comparable to drug trafficking, arms trafficking and human trafficking, yet it receives a fraction of the attention.

CITES, the Convention on International Trade in Endangered Species of Wild Fauna and Flora, is tasked with setting the global controls for trade of endangered wildlife and wildlife parts. Countries that ratify the treaty are then responsible for monitoring and enforcing its regulations. With 178 member states, CITES is the largest international conservation treaty in the world.

Egypt has been a signatory to CITES since 1978, but its long track record of flagrant violations leaves little room to deny that Egypt has played, and continues to play, a complicit role in this growing illegal trade.

Faced with dwindling elephant populations across Africa and Asia, an international ban on the trade of ivory was established in 1990. But Egypt’s history as an important center for ivory trading and carving goes back thousands of years.

Consequently, more than 30 years after the ban, Egypt remains Africa’s third-largest illegal market for ivory, as cited in a January 2012 TRAFFIC report on illegal ivory in Egypt.

The ivory arrives in the workshops of craftsmen, centered in Khan al-Khalili souq, after being smuggled into the country through Sudan, and is often traced back to Kenya, Tanzania and Cote d’Ivoire, in addition to Sudan, the report notes.

Even more concerning, the report found, is that since the revolution, the situation has deteriorated. A lack of law enforcement created a security vacuum enabling the illegal ivory trade to once again flourish.

Previously, top buyers of ivory products from Egypt were of Spanish, Italian and American origin. Now, however, Chinese buyers account for more than 50 percent of illegal ivory sold in Egypt, a trend that mirrors the alarming rise in demand from East Asia for wildlife and wildlife products, long revered for their medicinal and spiritual use.

Egypt’s involvement with the trafficking of great apes — as both a destination and transit point — constitutes its other focal role in this illicit trade. A report published in March by the United Nations Environment Program, through the Great Apes Survival Partnership, or GRASP, lists Cairo as a trafficking hotspot and a main exit airport.

Apes that do not remain in Egypt are smuggled out of Africa via Cairo and shipped to one of the world’s three main markets: the Middle East and the Gulf, China and Europe.

Originally a spinoff of conservation threats such as deforestation, agricultural expansion, mining and poaching for bush meat, the demand for great apes is now driven by wealthy buyers fueling a thriving black market.

Owning exotic wildlife is considered a status symbol, and private collectors seek animals as a means of flaunting their riches. Hotels, resorts and private zoos also seek wildlife for their entertainment value. And among these collectors, there is a particularly high demand for chimps and gorillas.

This situation is known all too well in Egypt. Resorts on the Red Sea and private zoos and rest houses on the Cairo-Alexandria Desert Road — infamous for the deplorable conditions in which they house animals — possess wildlife because doing so is deemed fashionable.

In 1997, an investigation by the World Society for the Protection of Animals exposed a long-running, well-established smuggling ring between West Africa and Egypt. Apes primarily from Cameroon and Nigeria were being trafficked to Egypt, or out of Africa via Egypt to the Middle East and Asia. The investigator was told that about 40 chimpanzees and eight gorillas were being smuggled to Egypt every year, and that this trade network had been operating for a long time.

Since the uncovering of this smuggling network, several significant confiscations in Egypt have occurred. Karl Ammann, a Swiss-born conservationist and wildlife photographer — named a Hero of the Environment by Time Magazine in 2007 — has dedicated nearly 30 years investigating the trafficking of great apes.

“The Cairo Connection,” a 2005 film produced by Ammann, documents this smuggling ring extensively.

Despite Ammann’s continued work and mountains of evidence, the Egyptian-Nigerian family allegedly involved in the trafficking of apes for over three decades continues to this day to operate with impunity. No one has ever been prosecuted, and no one has ever been sentenced for the crimes committed, despite authorities being well-aware of the situation.

During a recent trip to Egypt, Ammann discovered that facilities posing as “rescue centers” are actually functioning as commercial breeding centers.

After a visit to one such facility, Ammann noted, “It seemed to me that the main purpose of this one and only ‘wildlife rescue center’ in Egypt is simply the breeding for commercial purposes of as many wildlife species as possible.”

The study conducted by GRASP also confirms the increased prevalence of these facilities posing as rescue centers but functioning as profit-driven businesses.

Longtime animal rights activist Dina Zulfikar explains that some facilities obtain wildlife through recognized permits by operating under the umbrella of “scientific research.”

“But what they are doing has nothing to do with scientific research. Who is monitoring them? Who sees what actually goes on?” she asks.

With ample evidence to put the smugglers behind bars, how is it that these well-known major traders in wildlife trafficking are still operating, evading all consequence and conviction?

“The biggest issue in Egypt is a lack of monitoring. If you monitor, things are easy, but without monitoring there is chaos,” says Zulfikar.

Egypt also suffers from an absence of suitable facilities to which it can transfer confiscated wildlife.

“If laws are enforced, there would be confiscations,” Zulfikar notes. “But how can you confiscate without having any recognized rescue centers? Right now, the only one is the Giza Zoo.”

The issue with this situation may not be immediately clear, but it is part of a cyclical problem unique to Egypt. In the absence of appropriate rescue facilities, the zoo obtains new animals through confiscations of trafficked wildlife.

There is little impetus, therefore, to create rescue facilities when the zoo itself directly benefits from involvement in the illegal trade of wildlife in Egypt.

“Another main problem is the clear conflict of interest. The director of the central zoos and the CITES management authority are the same person,” Zulfikar explains. “Who is monitoring whom? The situation is a circle going nowhere, and if this was solved, a lot would be easier.”

In 2010, CITES official to Egypt Laurent Gauthier went on a mission to evaluate the situation on the ground. Ammann has repeatedly asked that the report’s findings be made available, but thus far he has not been provided with them, which would constitute a clear illustration of CITES violating its own regulations.

Though the purpose of CITES is to regulate wildlife trade, its lack of enforcement and compliance in Egypt allows the trade to thrive unabated.

In “The Cairo Connection Part III,” a follow-up to the 2005 film, Ammann calls on CITES to implement the changes necessary to combat wildlife trafficking in Egypt.

Law enforcement measured through records of confiscations, arrests and successful prosecutions for ape trafficking should be implemented, he notes in the report.

“To be effective and bring about change, all the various authorities must work together and cooperate — customs, the wildlife authority, CITES and the environment police,” Zulfikar says. “Without it, everyone is making window dressings.”

This was first published by Egypt Independent. 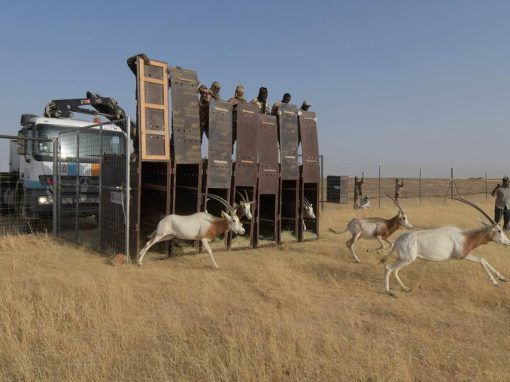 The escalation of armed conflicts has caused dramatic population declines of endangered local species, ultimately putting humans at risk. The

END_OF_DOCUMENT_TOKEN_TO_BE_REPLACED 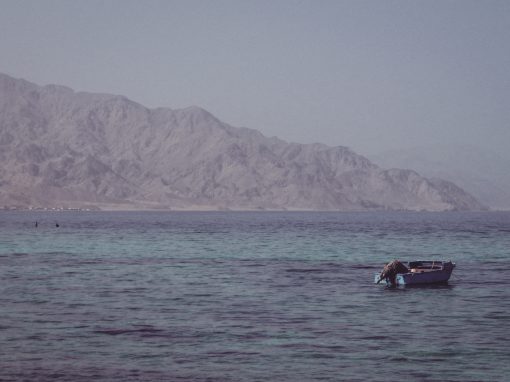 Despite earlier cautions by environmentalists to conduct proper scientific studies before commencing building, plans for the King Abdullah Bridge, which