Can rewilding restore Europe’s biodiversity and help change the way we think about nature? | Equal Times

Lush vegetation flourishing in the idyllic Sarajevan summer at the outsets of the Dinaric Alps.

The reintroduction of wildlife, which receives disproportionate media attention, is but one element of a broad spectrum of measures that rewilding encompasses.

A griffon vulture soars above the Rhodope Mountains that cut across the Bulgaria-Greece border. The colony it belongs to makes its home on the Greek side of the Rhodopes, but often goes in search of food on the Bulgarian side. Nature has little regard for borders, and here there are deer and wolves and vultures – a complete food chain, which is a rarity in Europe.

That there are now over 100 griffon vulture pairs here is considered a conservation success. Locally endangered, they’ve been brought back from the brink of extinction through a mix of hard work and a novel approach to conservation – rewilding – that is gaining momentum across Europe.

Unprecedented rates of environmental change call for a paradigm shift in the field of conservation, says Nathalie Pettorelli, senior research fellow at the Zoological Society of London’s Institute of Zoology. Put simply, rewilding is about helping nature find its own way, and then stepping back to let it take care of itself.

Under the rewilding ethos, conservation efforts aimed at protecting landscapes, while important, are not enough. Ecosystems and their processes must also be restored.

Rewilding principles help to create space for nature in different contexts and at different scales of degradation, from urban areas to expansive landscapes. Planting a garden, letting rivers flow free, allowing forests to regenerate, restoring wetlands and reintroducing species to habitats they disappeared from are all forms of rewilding.

According to WWF Europe, only 23 per cent of species and 16 per cent of habitats under European Union directives are considered in good health. As the climate emergency worsens, ecosystems and the species that live in them will experience increasing pressure.

Through rewilding, damaged ecosystems and degraded landscapes can be restored, allowing biodiversity to bounce back and enhancing ecological resilience. In turn, these areas become better suited to cope with disturbances, like heavy rains, floods, droughts and higher temperatures. And because of biodiversity’s indispensable role in mitigating and adapting to the impacts of climate change, rewilding is considered one of the best solutions to the parallel biodiversity and climate crises.

For decades, the way in which humans relate to the environment has been framed by the idea that nature is under threat from capitalism and industry, and in need of protection, says Paul Jepson, nature recovery lead at the UK-based ecological consultancy Ecosulis.

From this notion, traditional conservation has sought to achieve prescribed end states of past natures that are considered ideal, often through the protection of certain types of habitats and certain types of species.

Rewilding questions why these past natures where chosen, if it’s possible to conserve them, whether doing so is relevant in the 21st century and why we arrive at such decisions.

Rewilding can be understood as a continuum, and to make progress – to rewild – means to move up the scale of wildness. ‘Wildness’, the goal of European rewilding, is not to be confused with ‘wilderness’, an American cultural construct, says Jepson. “The goal of rewilding is to recover ecosystem processes and resilience within the constraints of what is possible. This relates to geography – we believe we can rewild everywhere, but starting and end points are different in, for example, the English lowlands and Romanian uplands.”

Conservationists in the United States coined the term ‘rewilding’ in the early 1990s, but to this day there is no universal definition. Though all versions of rewilding aim to increase biodiversity, its meaning shifts with the context it’s implemented in.

In the European context, the rewilding movement takes what its members call a ‘pragmatic realist’ worldview. The rationale for this lies in Europe’s cultural landscape, where humans and nature have been entwined for millennia. And since there’s no going back, the only way is forward.

Because of its departure from conservation’s status quo, its future-orientated approach and its embrace of uncertainty, rewilding is considered quite radical. Consequently, it has stirred a new debate in Europe about what nature is, and what it could be.

An environmental movement for the 21st century

Over the last decade, both concept and term have grown in popularity as small and large restoration projects across Europe have increasingly implemented rewilding principles. By 2016, the European Rewilding Network had grown to a total surface of 2.5 million hectares, and now includes 67 rewilding projects across 27 European countries.

Pettorelli thinks George Monbiot’s 2013 book on rewilding, Feral, helped the topic gain popularity in the UK. More broadly, she adds: “I think that the seriousness of the current biodiversity crisis has crystallised minds around developing long-term, sustainable solutions.”

Frans Schepers, managing director at the non-profit organisation Rewilding Europe, thinks rewilding has become more popular in Europe over the last decade in response to the weariness felt about the endless cycle of doom and gloom climate and environment stories.

Rewilding, says Schepers, gives people the opportunity to do something empowering and positive, whether large or small. “You can rewild your garden: throw out the stones and concrete to grow wild plants, and you’ll have insects, flowers, birds and butterflies. You can also do this at the landscape level.”

Beyond experiential and anecdotal accounts, it’s difficult to quantify enthusiasm for rewilding in Europe and accurately gauge public attitudes towards it, as little social science research has been done on the topic.

“There’s no pan-European database…hence we cannot tell much about attitudes, and the differences and commonalities between different European regions,” says Nicole Bauer of the Swiss Federal Institute for Forest, Snow and Landscape Research.

Bauer, who co-authored two recent publications on public attitudes towards rewilding, adds that even if such data did exist, comparisons would be complicated by the differences in how rewilding is defined and understood in different countries and languages.

But as rewilding’s profile has grown, so to have the misunderstandings around what exactly it is, which its advocates are keen to clarify: rewilding is not nostalgia for an idealised past, nor is it calling for a return to wilderness that excludes humans. The reintroduction of wildlife, which receives disproportionate media attention, is but one element of a broad spectrum of measures that rewilding encompasses.

With four out of five Europeans now living in towns and cities, rural areas across the continent have been struck by depopulation, land abandonment and economic stagnation. Rewilding Europe believes that rewilding can create new jobs and business opportunities that could revitalise rural communities and economies. To date Rewilding Europe has invested in nature-based enterprises ranging from bear watching in southern Slovenia, to safari-style camps in Portugal’s Côa Valley and honey production in Croatia’s Velebit Mountains. “There are huge opportunities in Europe to start a new economy around wildlife,” says Schepers. “We would like to see people benefit from wildlife, not just tolerate it.”

However, if rewilding is to truly become mainstream in Europe it will require a paradigm shift in people’s attitudes about the natural environment. “We think that if humans don’t manage or control , that things won’t work. That’s not true, and it’s also not feasible,” says Schepers “We don’t need to prune and cut and mow and shoot and put up fences. Nature has always taken care of itself, and this is what we would like to see more of.”

Mainstreaming rewilding would also mean it becomes a common conservation approach in Europe, that it, or its principles, are recognised in the European Union’s post-2020 Biodiversity Strategy and that it is seen as an important way to help resolve the challenges we face with the climate and biodiversity crises, Schepers adds.

Yet it will take time to work through practical challenges like human-wildlife conflict (as people learn to coexist alongside growing wildlife populations) and managing the complexities related to land ownership.

According to Arjaan Pellis, a lecturer in cultural geography at the University of Wageningen in the Netherlands, opposition to rewilding may also arise when locals feel that projects are being imposed from the outside. The prospect of employment through nature-based economies, and in particular ecotourism, is often used to quell such opposition, though Pellis cautions that for all of ecotourism’s promises, it can cause other social tensions, such as clashes with other forms of development.

Further, for Pettorelli, until a consensus is reached amongst scientists and practitioners on what rewilding is and how to do it, its full potential will never be unleashed.

From a policy perspective, because the natures that emerge from rewilding are unexpected and not prescribed, it makes them harder to protect in law, says Jepson.

Rewilding’s radical approach, in tension with existing 20th century conservation legislation, means “policy is one of the massive constraints on rewilding in Europe at the moment.”

Moreover, because many conservation organisations have yet to incorporate rewilding into their mandates, and the European rewilding movement’s current focus is on action, there isn’t a lot of policy lobbying going on at the moment, says Jepson. Regardless, he remains hopeful that rewilding principles will make it into the EU’s post-2020 Biodiversity Strategy.

Challenges aside, it’s a hopeful sign that the United Nations General Assembly has declared 2021-2030 the decade of ecosystem restoration. And there are other causes for celebration, says Schepers: “Europe is the only continent in the world where all large carnivores are increasing, and we’re unique in that we’re finding a way to coexist with larger wildlife species. In other continents that’s not the case.”

In a world full of despair around the climate emergency, it’s easy to understand the growing enthusiasm for rewilding’s narrative of hope through action. “In rewilding, are we seeing the emergence of a new environmental narrative for the 21st century? That would be incredible if we are,” says Jepson. 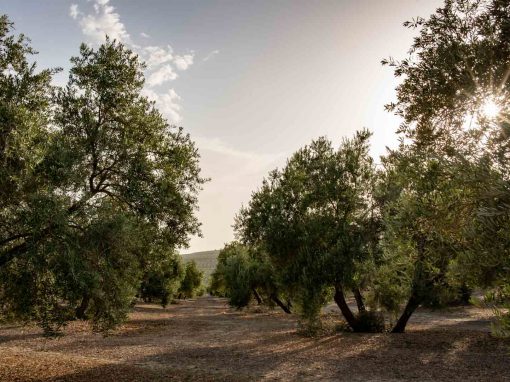 Xylella is one of the ‘most dangerous plant bacteria worldwide’ and has been confirmed in Corsica, the Balearic Islands, southern

END_OF_DOCUMENT_TOKEN_TO_BE_REPLACED 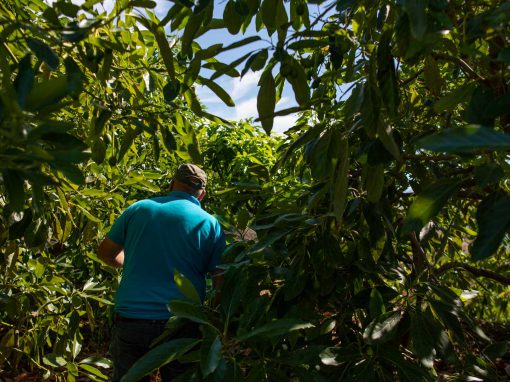