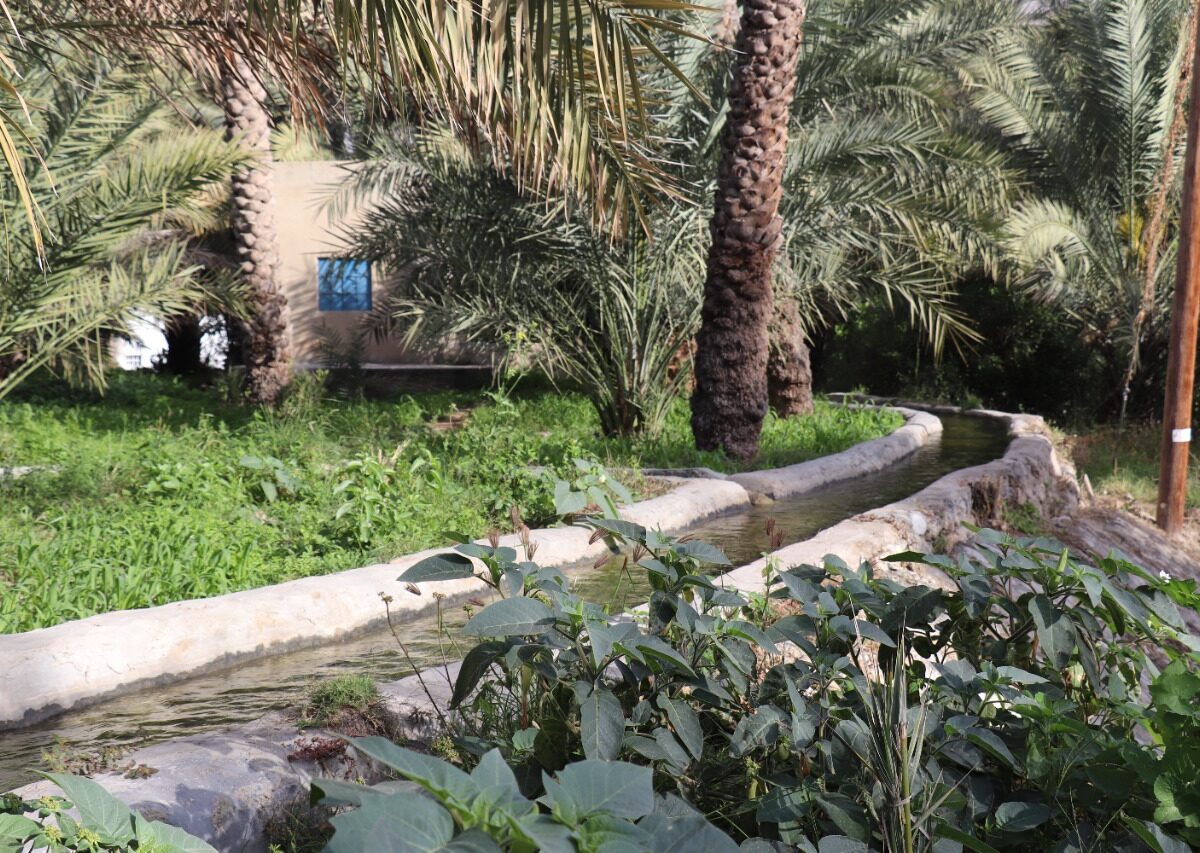 Increasing people’s knowledge of the value of traditional water management systems is key to keeping them alive. Photo © Abdullah Al-Ghafri.

Traditional water harvesting systems can help communities in the Middle East and North Africa cope with worsening water scarcity and a drying climate — if they are maintained.

The impacts of a changing climate are making water availability more unpredictable across the Middle East and North Africa (MENA), with the ripple effects of water insecurity on health, food, communities and the economy underscoring the urgency of securing provision through sustainable means.

With an even hotter and drier future looming, some researchers are looking to the past for solutions.

For centuries, dryland societies in the MENA region have overcome the challenge of water scarcity through traditional management systems, which provided reliable sources of water for communities and irrigation.

Scientists are now realizing that these traditional systems could play an important role in helping the region mitigate the impacts of worsening water stress.

“[Traditional systems] can help countries cope with water scarcity by augmenting other available sources,” says Dale Lightfoot, professor emeritus of geography at Oklahoma State University, USA. “There are a lot of places where traditional infrastructure still exists and is useful, as long as people maintain it and keep it flowing.”

The flowing qanats of MENA

One of the MENA region’s most notable traditional water management approaches is the qanat, a water harvesting and conveyance system thought to have originated more than 3,000 years ago in Persia.

Over the last century, the rise of modern water infrastructure and rural depopulation reduced dependence on qanats, leading some to fall into disrepair or dry up. But for many communities across the MENA region, qanats — known as khettara in Morocco, foggara in Algeria, aflaj in Oman and karez in Iraq’s Kurdistan Region — remain a crucial source of water.

The qanat system consists of a network of gently sloping underground channels that use gravity to bring water from aquifers to the Earth’s surface, often over many kilometres. From there, water is carried further along an open channel to distribute for agricultural or domestic purposes. Because the rate of water flow in a qanat is controlled by the level of the water table, it cannot cause significant aquifer drawdown, making it a sustainable way to harvest water.

While the need for the water that qanats provide has never been greater, their continued flow is threatened by a range of challenges.

In Oman, for example, over one-third of the country’s irrigated water is supplied by aflaj, some 2,000 of which continue to flow. But the loss of agricultural land to urbanization, competition over groundwater between urban areas and industry, and pollution from pesticides and oil threaten the aflaj system, explains Abdullah Saif Al-Ghafri, professor of the UNESCO Chair on Aflaj Studies at the University of Nizwa, Oman.

Al-Ghafri says increasing people’s knowledge of aflaj benefits to sectors such as water, food and eco-tourism is key to keeping them alive. “Aflaj were the source of life in Oman. People used to care for them when they had no other alternatives to survive,” he says. “Now, they have become less important, which is why they are declining. We need to raise awareness of their importance through education. These systems are in harmony with nature.”

In Algeria, where around 700 ancient waterways still flow, modern water infrastructure threatens the ability of foggara to continue to provide drinking and irrigation water to oases in the Sahara Desert. The drilling of deep boreholes near foggara is lowering groundwater levels, causing water flow to decline or dry up, says Boualem Remini, professor of hydraulic engineering at Blida University, Algeria. For the foggara to survive, more consideration from local officials and the population is needed, he says.

Across the MENA region, Lightfoot says the survival of qanats hinges on two underpinning factors. Sustained financial support is needed from national governments or international organisations and agencies to cover the costs of ongoing labour and maintenance. There also needs to be a collective community interest, without which they will be abandoned. “Where money, local interest and youthful labour supply exist, you’ll find qanats still flowing,” he says. “Where money is insufficient or that local supply of labour dries up and the town gets smaller, that’s where qanats will die.”

The value that national and international experts place on traditional systems also impacts their future. For Remini, the traditional ecological knowledge of local communities remains insufficiently valued, which is partially reflected in how few scientists dedicate themselves to studying traditional water systems. “We haven’t benefitted as we should from this heritage,” he says.

Lightfoot says a growing number of experts are beginning to recognize the value of ancestral systems by incorporating traditional ecological knowledge into their work and marrying it with modern scientific approaches. “Scientists, academics and engineers have a lot to learn because traditional ways of life have something to teach us, too,” he says. “Traditional systems aren’t the panacea for everything, but they have some advantages, and if you can at least understand that and incorporate them into more modern solutions, sometimes the result is even better.”

This story was originally published by Nature Middle East.